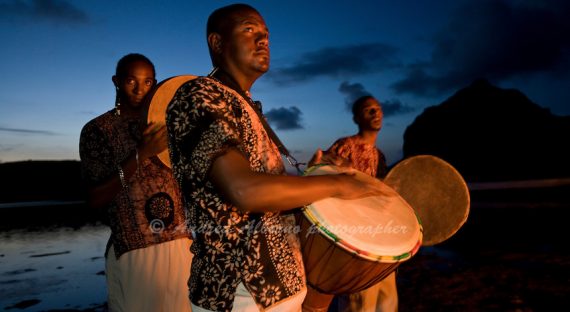 Located in the Indian Ocean, around 2,000 kilometres away from the southeast coast of Africa, Mauritius is a great destination for a vacation at any point of the year. However, Mauritius Holiday packages are best during summers because the warmer waters attract a wide variety of marine life such as sponges, angel fish, reef sharks, moray eels & clown fish hiding amidst the anemones.

Mauritius is an infinite expanse of ethereal beaches with powdery white sands and warm azure waters that is home to a fascinating blend of varied cultures. The rich diversity manifests itself in myriad traditions and languages. One such tradition is Mauritian Sega Music. Sega has evolved over the years from the traditional, largely-improvised roots to a modern-day contemporary avatar that is fused with other genres like jazz and reggae.

It originated centuries ago from the island’s African population and quickly spread throughout the Indian Ocean – to Reunion, Rodrigues, the Seychelles, Comoros and Mayotte. Innovative new instruments are now used to bring the lively rhythm to life, making everyone around dance to the beats.

The spirit of the Sega beat is inspired from the sounds of several core instruments, most notably the triangle, the maravane – a flat wooden rattle filled with small pebbles or dried nuts – and the ravane, a circular wooden drum frame covered with a taut piece of goat hide, often heated over a flame to tighten the membrane for a livelier sound and sometimes accompanied by ringing bells. Popular artists who represent these contemporary manifestations of the Sega tradition include Laura Beg, Clarel Armel, Alain Ramanisum and Denis Claude Gaspard, son of the famous Jean Claude.

English is the official language of Mauritius but Creole, Hindi, French, and Bhojpuri are widely spoken in the country. Mauritius is laced with churches, mosques, temples, and Chinese pagodas scattered around the island. Explore the intricately carved Mauritian temples, soak in the rich Mauritian folklore and festivals, and participate in the energetic Sega dance. Lyrics are normally in Mauritian Creole, though sometimes in French, with a vocal melody usually sung in verse/chorus form.

Over the years, Mauritius has become synonymous with honeymoons spent lazing on pristine beaches. While it does have some of the most gorgeous beaches in the world, there is no dearth of offbeat things to do in Mauritius. Book a Mauritius tour package and lose yourself in the mesmerizing culture of this beautiful island!