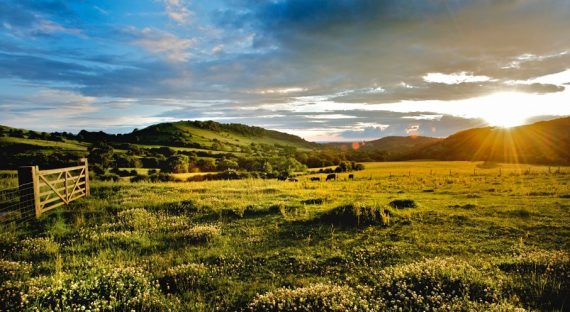 Cheshire is a part of the country with a great deal to offer tourists. It’s bursting with green, rolling countryside that’s great to look at in summer, spring, winter and autumn. You’ll therefore find plenty to enjoy simply strolling around and taking in the sights. But at the same time, this isn’t a remote wilderness – the county is easily accessed from nearby Liverpool and Manchester, and the rest of the country via the M6.

Let’s take a look at five different ways you might entertain yourself in Cheshire this spring.

Chester Zoo is among the best-known animal-related attractions in the country. It’s a place whose profile has risen markedly in recent times, thanks in part to the success of popular documentaries which tell the story of the behind-the-scenes goings-on at the zoo. The Zoo sits somewhere near the forefront of worldwide wildlife conservation, helping projects which protect animals across the world. Animal lovers, therefore, will be able to visit the place knowing that their money is going to a worthy cause.

This spring, you’ll be able to participate in several guided tours of the zoo and its grounds, and take in all of the delightful plant and animal life to be found there. There’s also a chance to take part in special watercolour and photography courses, with the zoo’s plants and animals providing would-be artists with plenty of subjects to depict.

Cheshire is home to more than its fair share of bird-of-prey handling facilities. If you’d like to catch a glimpse of these remarkable creatures up close, then why not pay a visit to Stockley Farm in Northwhich? Alternatively, Chester Cathedral comes with bird-handling facilities of its own that you might wish to take advantage of. We’ll have more on that particular building in a moment.

Carden Park in Cheshire is a sprawling hotel and leisure complex, with a whole raft of different amenities that’ll attract a whole raft of different personalities. If you feel like a round or two of golf, then you’ll be able to enjoy not one, but two golf courses during your stay. Moreover, when you’re done you’ll be able to make a stop at the ground’s two restaurants and bars to relax. The grounds are also home to a spa and swimming pool, as well as copious opportunities to go for a long walk.

The hotel is among the foremost wedding venues in Cheshire, and it’s ideal for conferences and other distractions. What’s more, it’s just a short drive away from Chester itself, so it makes a great staging ground for your forays into the rest of the county. If you’re looking for a golf and spa break, then this is the ideal place to start.

Chester’s Cathedral tells the story of the last thousand years of the city. It was first established shortly after the Norman conquest, and has been slowly augmented in the time since then. Inside, you’ll find several different sections, each distinct from one another, and yet designed to blend together to form a seamless whole. In a visit to the country, you’ll move right through the moments that William the Conquer was first crowned king, through the Gothic period, and the right up to the present day.

The exterior of the Cathedral is built partially from sandstone. Unlike many other buildings of this sort, it’s benefited from ongoing restoration efforts. It’s thereby been kept in tip-top condition. If you’re a fan of history, or you’re just looking for something that’s pretty to look at, then you should certainly make a visit to the cathedral top of your list of priorities.

Part of the historic legacy of Cheshire is its walls. First built by the romans in the first century AD, and then later improved-upon by the Normans, there is perhaps no better evidence of the influence of those early settlers on the way the City is laid out today. Of course, now the walls sit well within the outer boundaries of the city – which just goes to show how much it’s grown.

Since the Civil War, Chester’s walls have ceased to function as a defensive structure – for the simple reason that no armies have amassed to lay siege to it. This happy trend looks set to continue for a while yet, during which time you’ll be able to use a walk along the city walls as an opportunity to see everything that Chester has to offer.