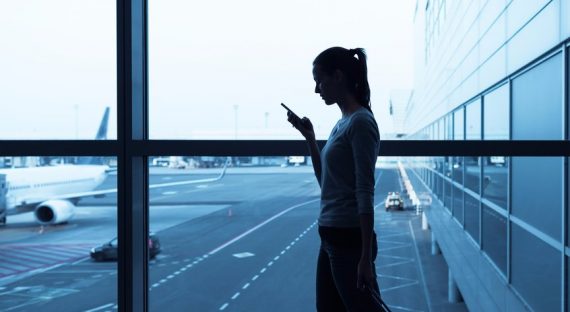 It sort of doesn’t happen until it does, doesn’t it — missing a flight and having to deal with the logistical and administrative nightmare that follows? Well, with the likes of airporthotels.co.uk as a platform through which to book hotels which are as close to the airport as Manchester airport hotels and those in other airport towns can get, there’s really no excuse to ever miss a flight, but it kind of has to happen once for one to truly realise just how unnecessary it is.

So that is indeed one way of making sure you never miss a flight — staying as close to the airport as you possibly can to reduce any number of variables which could go wrong while you’re making the trip to the airport, but the fact that it’s really just a bad way to start your travels is really why I’ve made it my personal mission to ensure we never miss a flight again. There are so many unnecessary fall-outs you have to deal with, especially if it’s peak travel season and you find yourself having to deal with stressed out, overworked airline staff.

It’s also one thing missing a flight when you’re a solo traveller or if you’re perhaps travelling with a buddy with whom you can just laugh about the situation, but try missing one if you’re travelling with an entire family and worse yet, if you have connecting flights to catch.

The only bit of luck we had when we missed our flight on the one occasion that it happened was that there was another flight scheduled to the same destination a mere two hours later, so boarding time was at the exact same moment that we showed up at the check-in counter with some rather bewildered looks to report that we had indeed missed our scheduled flight. It wasn’t all smooth sailing either though because we couldn’t sit together as a family in the aircraft, but hey you take what you can get at times like that.

There were three seats right at the back in the middle isle and the other two seats available were both quite far apart from each other, so you can only imagine how we tried to work things out with the kids and all, but fortunately most of the fellow passengers are very understanding and so we managed to work out better seating arrangements to sit a bit closer together as a family, even though the kids are pretty much grown at this stage.

The logistical and administrative nightmare didn’t end there however because in all the haste to get stand-by seats on the next flight, we forgot to alert our reception at the destination that they should perhaps send a taxi later on in anticipation of the next flight, so we were met by a not so happy looking driver when we arrived, but that’s just one of the many things you have to deal with if you miss your flight and that’s just another reason why I’ll make sure it never happens again!