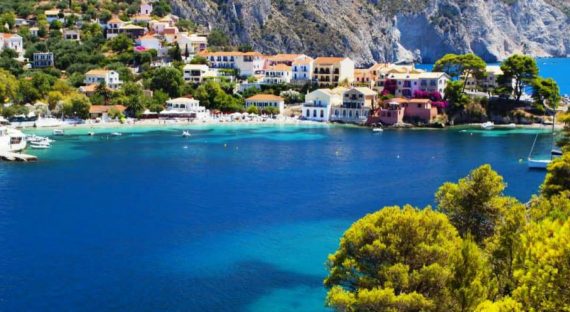 One of the best parts of planning a trip to Greece is a visit to the various islands, such as Crete and Mykonos. The Greek Islands offer gorgeous views and great vistas that enable you to see the world from a completely different perspective. When visiting the Greek Islands, it is an absolute must that you visit one of the many gorges. These natural landscape marvels are some of the best in the world, and will only add to your vacation experience.

To add to your experience even more, take your family or friends along, book a stay in a luxury villa and give yourself plenty of time to roam.

The following is a rundown of some of the gorges located on the Island of Crete for you to discover and explore.

The Samaria Gorge is located on the southwest section of the island known as Chania. It has been a national park for more than 50 years and is a popular attraction for tourists. One of the featured attractions of the park is the Cretan goat, which locals refer to as kris-kris. The trail through the park, where you can catch wonderful views of the White Mountains and Mount Volakias, is approximately 10 miles long.

The Ha Gorge has a depth of 3,300 feet, one of the largest in the world. It is located on the eastern part of Crete, near the western slope of the Thrypti mountain range. Although it is not accessible as other gorges on the island, it’s depth and V-shaped exit located near the village of Vasiliki are clear to view. The gorge is home to many migratory animals as well as indigenous plants and flowers. If you don’t want to miss out on this gorge, you can look for Crete villas that are located on the East such as those in Agios Nikolaos, which are just a 30-minute drive away.

Gorge of the Dead

The Gorge of the Dead, or Zakros Gorge, is located between the village of Ano Zakros in upper Zakros and Kato Zakros in lower Zakros. It is so aptly named as the place where villagers would bring their dead and bury them (so you should have few fears of being part of any cursed lore while hiking the gorge). The gorge is also the last route of the European E4 path, which begins in Portugal and winds its way through the gorge.

The Kourtaliotiko Gorge is in the western part of Crete. This gorge is found on the southern side between the mountains of Kouroupa and Xiron. This gorge, also known as the Asomatos Gorge, is also near the village of Koxare and the town of Plakias, on the southern coast of Crete. The gorge is home to a church (Agios Nikolaos) and 131 foot waterfall.

The name of the gorge, a derivative of “claps” (kourtala), comes from the sound of clapping that can be heard at the northern entrance of the gorge. This clapping sound is created by the wind rushing into the gorge, breaking the sound barrier.

The Aradena Gorge can be found in the Sfakia region, in the western part of Crete. Located on the southern most past of the White Mountains, the gorge cuts a trail that leads all the way down to the beach at Marmara. It has become a very popular tourist location for those looking to hike the gorges of the island of Crete. The Aradena Gorge is also known for having the highest bungee jumping site in the country.

The Myli Gorge is located near the town of Rethymnon, Crete, just north of Chromonastiri and south of Xero Chorio. The gorge is the home of a ravine that is home to a breathtaking botanical garden of local trees and plants. The gorge was also home to many of the areas water mills, which produced much of the cereal in the region. The trails have become very popular for both locals and tourists.

Book your stay in one of Crete’s luxury villas and plan to spend a bit of time exploring as many of the gorges that can be found throughout this stunning island as you can.