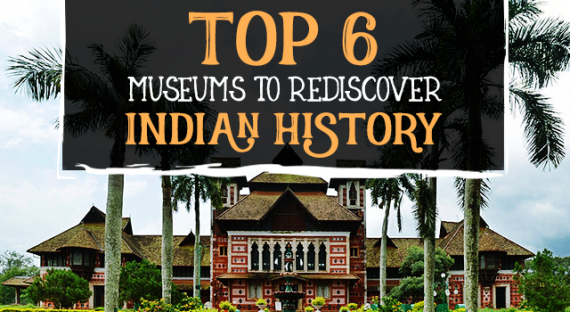 India, the country replete with a rich culture, tradition is pregnant with many buildings of historical importance. You can delve into the repository of our rich heritage to understand the real fabric of this great land.

For this purpose alone, there are plenty of museums in the country, each with a story of its own. Let’s go through some of the main museums and learn more about India’s glorious past. 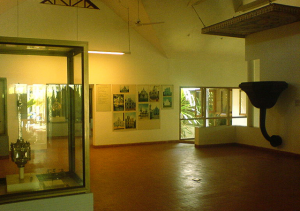 Image by Deepakp7 via Wikimedia

The Indo-Portuguese Museum in Fort Kochi is one of the theological museums in India and depicts an earnest mix of Indian and Portuguese art and architecture. The five main sections of the museum are Altar, Treasure, Procession, Civil Life and Cathedral.

The most attractive features about this museum are the teak altar belonging to the 16th century and an Indo-Portuguese Monstrance of the 18-19th century (both are from the Church of Our Lady of Hope, Vypeen), a silver-wood processional cross of the 17th century and a chasuble of the 19th century from the Bishop’s House.

Also, anyone who visits Fort Kochi will be awe-struck by its cultural and historical influences. Thus, Kochi is said to be a must visit destination in Kerala. 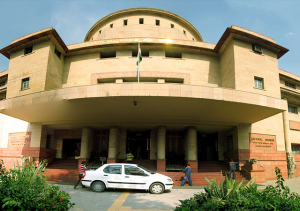 Reputed to be the largest museum in Delhi, The National Museum was established in 1949, and formally opened to public on 18th December 1960 with a collection size of about 206,000 objects.

The collections at the museum comprises a varied range of art and artifacts, consisting of arms and armor, decorative items, central Asian antiques, jewelry,  pre-Columbian art and a rich repository of manuscripts and paintings. The museum gives an insight into the unmatched cultural heritage that was once possessed by the country, and even a stunning collection of items having foreign origin. 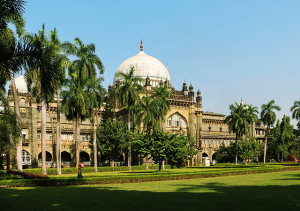 Image by Bernard Gagnon via Wikimedia

Though formerly known as the Prince of Wales Museum of Western India, the museum is now known as Chhatrapati Shivaji Maharaj Vastu Sangrahalaya, or CSMVS, and is a main museum of Mumbai, Maharashtra.

Any connoisseur of art would find this place a haven as it holds within its grasp a rich collection of more than 60,000 art objects. Every year thousands of art lovers and school students visit the museum to study the artifacts. Being a visitor-friendly museum, visitors can indulge in various fun-n-learn activities arranged there.

The museum is built visitor-friendly, hence wheelchair bound visitors can enjoy easy access to all areas of the museum. 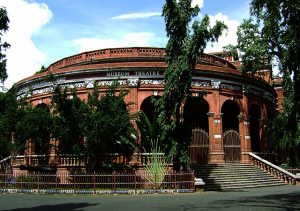 Image by L.vivian.richard via Wikimedia

The Government Museum of Chennai has a rich array of archaeological, numismatic collections, and other precious artifacts including palm-leaf manuscripts that speak volumes of the rich traditions followed in India.

The museum is divided into four main divisions including Amaravathi Gallery, National Art Gallery, Hindu Sculpture Gallery and Bronze Gallery. Another interesting feature of the museum is its huge main hall, with 600 seats and a monstrous stage.

It is believed that plenty of Shakespearean plays were enacted here. The walls and pillars of the museum are intricately carved and adorned with geometrical and floral motifs.

The museum has a special section dedicated entirely to children, and this is known as the Children’s Museum. It is also worth mentioning the National Art Gallery, known for its traditional paintings, including a rich collection of Thanjavur paintings and Indian miniature art works. 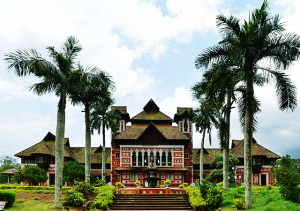 Image by Augustus Binu via Wikimedia

Kerala’s rich history can be easily accessed through the 19th century Napier Museum at Thiruvananthapuram. The rich repository of art and natural history is located near the zoological park in the capital state, and is well known for its finest architectural wonder in Kerala boasting of Indo-Saracenic influence.

Built in the 19th century, the museum houses not just the rich tradition of India in the recent past alone, but a stunning collection of very ancient bronze idols, ivory carvings and ancient ornaments belonging to several bygone ages as well.

The Napier Museum is also known as the Government Art Museum and the building’s architectural style shows evidence of Kerala, Mughal, Chinese and Italian styles. 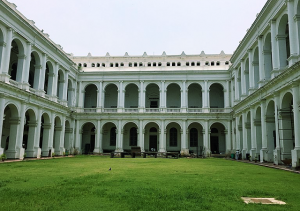 Image by Kinjal bose 78 via Wikimedia

Believed to be the largest and the oldest museum in the country, it is the Indian Museum in Kolkata that brought about a museum movement all over India. This is because right after the Indian Museum was built, a slew of other museums (about 400 of them) were also built in other parts of the country.

The museum celebrated its bicentennial with great pomp and show in February 2014. The museum takes you through an entirely different world that speaks volumes about the glorious history that India once had.

A walkthrough of the museums will let you have a sneak peak into the true cultural history of India. It gives you the true picture of the country’s past and the treasures it holds in its bosom.

Sunu Philip is the Inbound Marketing and Creative Head for Paradise Holidays, Cochin – a Kerala based tour operator. She loves reading, exploring new places and trying out different cuisines!