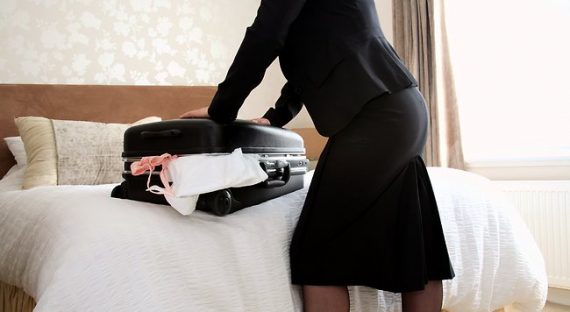 A new piece of research by UK online travel agency has shown what the top 10 things are that are stolen from hotels when people vacation abroad. It showed that British vacationers were most likely to take their crockery and cutlery, batteries, soft furnishings, and towels. Additionally, it showed that around 14% of people have been caught when they took something that didnâ€™t belong to them from a hotel.

It appears that when hotels says â€˜with complimentsâ€™, British holiday makers have a tendency to take this literally. This has come forward from research completed by a UK based online travel agency. What they uncovered was that a number of guests will help themselves, taking decorative accessories, bedding, light bulbs, and more home with them as a type of souvenir after they have been on a foreign vacation.

Travel agency www.sunshine.co.uk completed the research as part of an ongoing study into how British people behave when they are on holiday. For this element, they researched some 2,623 people who were all over the age of 18 and from a cross section of geographical locations. All respondents had been on a vacation abroad at least six times in their adult lifetime. They were asked a number of questions and it was emphasized that people should answer them as honestly as possible.

The first question was â€˜Have you ever stolen anything, however, small, from a hotel during a holiday abroad?â€™. To this questions, 56% answered that they had. Furthermore, 14% said that they had also been caught while they did this. The researchers believe that people did answer the questions in all honesty, not in the least because they were able to reply completely anonymously, so it wasnâ€™t possible to find out who stole what.

Those who did answer that they had stolen things were then asked what they had taken in the past. This revealed the top 10 things that were most likely to go missing from hotels during vacations:

Out of those who had professed to taking things, 1% also admitted to taking electrical items with them. Additionally, there were two people who stated that they had gone so far as taking a television out of their hotel. Additionally, one person had said that they stayed in a hotel room and stole a bible from it.

Those who said they had taken things from hotel rooms were then asked why they did this. The answers were:

“Stealing is wrong on many levels and unfortunately I think many people don’t consider taking from hotels to be theft. The truth of the matter is that taking anything that doesn’t belong to you is stealing. Hotel guests need to respect the fact that the items in rooms they stay in aren’t just there for the taking, but rather are there to enjoy during their stay.”