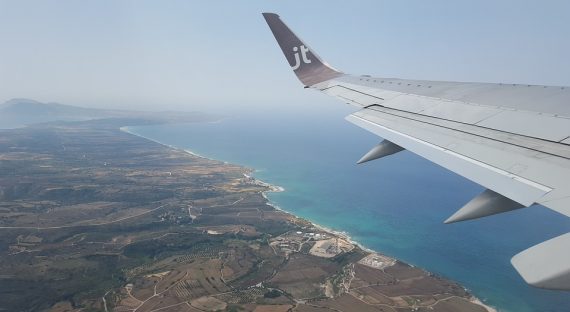 Downloading the entire legal code would perhaps be bordering on paranoia a bit, but hey, if that’s what it takes to make sure you remain on the right side of the law while you’re travelling abroad then so be it. Truth be told though, you’re probably not fully-versed on every single one of the local laws of your own country, with some scary instances coming to light such as finding yourself scratching your head and proclaiming that you “actually didn’t know that was illegal!” So studying the entire legal code of a new country would perhaps be an exercise in futility.

There’s a much easier and more productive way of ensuring you stay on the right side of the law however, wherever it is the airways take you.

Generally the most common laws of your own country are perhaps exactly the same or similar in all other countries, with some of the most obvious and “big” ones covering issues such as taking the life of another person – I hope there aren’t any killers reading my blog! So I won’t go into any further detail about those obvious laws. The general rule of thumb is if you wouldn’t do it back home then don’t do it abroad.

There is however a reason why political boundaries exist and countries and territories aren’t defined by naturally forming geographic boundaries such as rivers and coastlines. This means that cultures differ and in turn means that certain laws of a specific country are formulated according to traditional, cultural and religious beliefs.

Generally though you’ll be fully informed of what you can and cannot do in certain countries that you visit, whether through visiting the official tourism website of the country you’re planning to visit or through third-party contributions from some visitors who’ve gone before you and have experienced first-hand how it is trying to enjoy yourself in a different environment.

So basically what I’m saying is that you shouldn’t worry too much about getting into trouble with the law abroad if you practice basic humanity and take the time to learn a bit about the cultures of the destinations you’re visiting and how those cultures tie in with their legal codes.

Each country or even each state in some instances differs though, even in the case of regions which are often grouped together and associated with similar common laws. For example, while those predominantly Arabic countries in the Middle East and North Africa are generally associated with sharia law (Islamic law), the extent to which certain sections of the law are enforced may differ quite considerably. A criminal defence lawyer you get allocated in Egypt for example may not be as effective to your cause as say a criminal defence lawyer you’d solicit if you were in some legal hot water in the United States, whereas in some Middle Eastern countries you’d get into trouble with the law for wearing short pants in public, while in a country like Egypt it’s only something which is considered to be a bit of a taboo and not necessarily something which you could be criminally charged for.

Just do a bit of homework, respect the local culture and you should be fine!