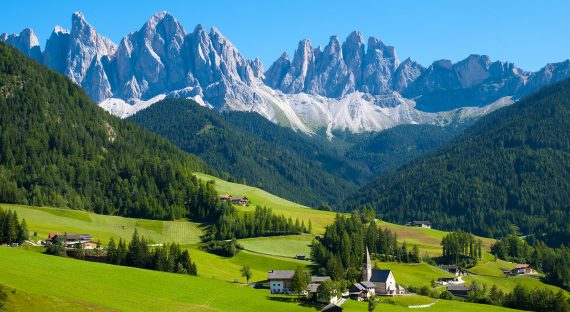 Buying a Switzerland holiday package could well be the best thing youâ€™ve done because everywhere you look in Switzerland, youâ€™ll see a sight that would put most postcards to shame. The emblematic guild houses, GrossmÃ¼nster church, Swiss National Museum and Lindenhof square make Zurich the cultural hub of Switzerland. One of the world’s most livable cities, Zurich is definitely one of the most famous and exciting places to visit in Switzerland.Â

It offers everything you’d want for an urban escape, but also a chance to explore rural, idyllic towns that are just a stone’s throw away. In fact, Zurich hosts the Street Parade, one of Europe’s biggest annual rave parties and comes with the promise of a pulsating nightlife. Several old heritage sites and factories in Switzerland have been repurposed and are now used as cultural spaces, joining more than 50 museums and 100 art galleries to see in Zurich.

While Zurich is usually the highlight of the Switzerland tour package, the medieval city of Bern is Switzerland’s capital and this is a lesser known fact outside Switzerland. Now a UNESCO World Heritage Site, history oozes from every corner of Bern. Its narrow cobblestoned streets, archaic towers that loom over sandstone facades, numerous fountains and entrenchments make the Canton of Bern one of the most well-preserved historical centres in Switzerland. It is also the current seat of the Swiss parliament or Bundeshaus and boasts a stunning botanical garden, a colourful weekly market and access to the River Aare and the Bear Park, inhabited by the city’s symbol – a family of bears.

The 582 square kilometer Lake Geneva, dotted with luxurious chateaus on its shores, like something out of a fairy-tale as stretches of hillside vineyards rise from the lake. A visit to the lake will give you a glimpse into the world of delicious Swiss wines. Several cities surround the lake, such as Geneva on the west and Lausanne on the east. Ferries, paddle streamers and boats paddle through its beautiful blue waters of the lake, which is a great starting point to explore Canton Vaud’s wineries, Jura Mountains and Vaudoise Alps or the charming student city of Lausanne.

Head to cosmopolitan Geneva, the centre of at least 200 international organisations and the United Nations, for a more multicultural experience. It is the third biggest city in Switzerland and caters to a sophisticated crowd with elegant green spaces, enchanting museums and gourmet restaurants. It is also home to one of the tallest fountains in the world, the Jet d’Eau.