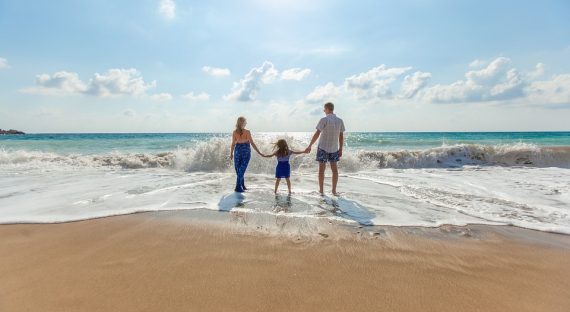 Tourism has always been a great earner for the UK, so the fact that it left the European Union almost a year ago must have affected that industry to a degree. Lycetts, a provider of insurance for several tourism attractions, shares their research with us as to just how Brexit has affected tourism.

The association of travel agents and tour operators ABTA reports an increase of 7% in the number of domestic holidays booked from 2015 to 2016.

It makes sense that staying closer to home to cut costs would be a preference in the aftermath of Brexit. In fact, the main reasons for spending more time in the UK on holidays is because holidays in Britain are more affordable and there is now more choice.

Another interesting stat is that 40% of those planning a UK-based holiday throughout 2017 are choosing a city break such as London. Another 37% said that they would prefer to holiday in a rural location such as Yorkshire and Humberside.

The top five locations are:

This of course means a rather big boost to the local economy. The average visitor taking a trip within the UK spends an average of 309 on accommodation throughout their staycation, as well as 152 on eating out, 121 on shopping and 72 on holiday.

Attitudes to overseas holidays by Brits

Brits are still looking at overseas locations with any holidaymakers stating they would love to visit a country they have never visited before. Others would visit different cities and resorts in countries to which they have previously visited.

How international travellers are viewing the UK

Foreign visitors to the UK are also on the rise.

A survey by Barclays’ Destination UK reported over 60 per cent of international holidaymakers was now more interested in visiting the UK than they were 12 months earlier. That is interesting, considering that the visa application process will probably be slightly more difficult now as UK security heightens. For those international travelers wanting to visit the UK, it might be worth contacting JMR Solicitors, for example, to make sure all documents are filed correctly.

While the locals have their favourite spots, they differed from those of international visitors with the following areas of the UK this time making up the top five:

Barclays found that the average spend on accommodation by this group to be 667, along with 453 on shopping and 339 on food and drink.

What is attracting people to come to the UK then?

London‘s attractions proved most popular – 66,938,947 people visited these sites last year which is more than the UK’s entire population.

The most popular were topped by the British Museum in London followed closely by the National Gallery and Tate Modern, National History Museum, Southbank Centre, Somerset House and the Science Museum. The Eden project in Cornwall was the least visited yet had over a million visitors.

Making a success of Brexit for travel & tourism

ABTA’s chief executive Mark Tanzer summarised this strategy by stating: “We want to work with the Government to help make Brexit as successful as possible.”