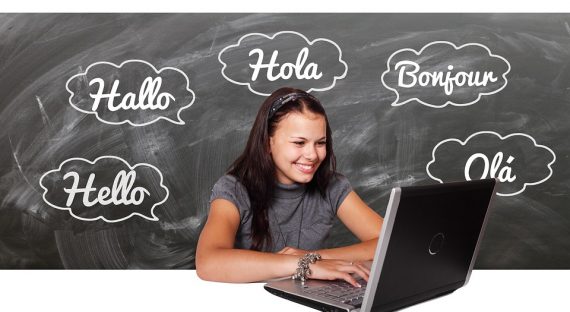 In what was quite a remarkable demonstration of just how powerful the human brain can be when truly pushed beyond its perceived limitations, I followed the live stories of four students who learned how to communicate in a brand new language within a very short period of just three weeks. It was indeed part of a marketing campaign by an online language-learning platform, but that takes nothing away from what was achieved.

Of all the lessons I personally took away from witnessing this miracle, the most compelling one was that of how we never really lose those instincts we’re born with. Thinking about just how quickly a child learns how to speak a language when they’re still navigating the brand new world they’ve been brought into, somewhere in the back of my mind I’ve always believed that one could tap into that quick-learning genius if they really put their mind to it.

Learning a new language can do you and your family a world of good, not to mention the opportunities it can open up to you if you were to pursue something a little more professional with your new language skills. If you really harbour a desire to learn the new language you’re trying to speak however, that’s when learning it becomes that much easier, like in the case of a fellow travel buddy and family friend who wanted to be able to chat up those super hot Brazilian girls on his next trip to the South American country!

There are times in our lives when beating the language barrier could become crucial and critical however, beyond it just being a mere luxury or making for something nice to be able to say you can do. If you’re a frequent traveller for example, at least having some little measure of the local foreign language spoken can make for the difference between overspending and perhaps even coming away with a serious bargain.

Things can get even more serious than that however, like when legal matters come into play. Someone who has access to the services of a multilingual personal injury law firm for example is afforded an advantage over someone who would have to factor in additional costs such as those of having an interpreter brought in to help iron out the communication kinks created by having to deal with different languages involved.

Beyond the world of those who love to travel and travel frequently however, one could argue that beating the language barrier is critical to the economic prospects of anyone who is economically active in the modern world. Translator tools are getting better and more sophisticated by the day, but there is simply no substitute for learning the little nuances that come with the manner in which locals speak their own language and if you’re eyeing cross-border business that spreads across the globe, using translators that charge for their services can get really expensive.

So the question I guess is which language are you going to dedicate a bit of your time learning and also who are you going to align yourself with in order to take advantage of their understanding of different languages and cultures?