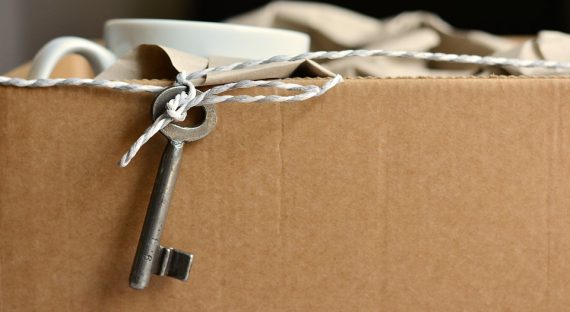 Most people can agree that moving isn’t something that they look forward to. Moving to a new location entails having to pack up all of your belongings and uproot yourself to a new place which is entirely new to you.

If you’ve been living in your current home for a considerable amount of time, you’ve probably accumulated a lot of stuff over the years. Having to sift through it all and pack it up isn’t just a physically exhausting task, but also emotionally.

If you’re looking to make your move as seamless as possible without going nuts in the process, follow these simple tips to make it easier.

Start planning and organizing as early as possible. Even though you may have weeks to months until you move, it’s much easier to do things in small increments over time rather than all at once in a rush.

Try to create a plan of how you’ll organize your things and when you’ll need everything packed by. Having a deadline can give you extra motivation to stay organized and finish as early as possible.

Moving is a golden opportunity to purge old things that may have been gathering dust for years. Even though you may have always suspected that you’d use them again one day, moving is a great chance to admit that you’re better off without it. Moving an office, for example, can be an opportunity to get rid of old furniture that is damaged and replace them with new items that are more suitable for the space. In that case, you may need to look for companies that specialize in office furniture such as office monster, and other companies in the same industry, who can deliver your choice of furniture to your new office.

Having a garage sale before you move won’t just make your moving load lighter, but you may be sitting on top of thousands of dollars. Selling your old things is a great chance to make some profit to take with you on your new beginning.

File A Change Of Address

Filing a change of address may seem like a simple task that isn’t a big deal. However, a lot of people forget to do it until the last minute, and as a result, valuable things get lost in the mail.

File your change of address as early on as possible and set it for a future date. That way it’s out of the way and one less thing that you have to worry about later.

One of the biggest mistakes that you can make when packing your things for your move is forgetting to label your boxes. Be sure to label each box as accurately as possible so that you know what is where.