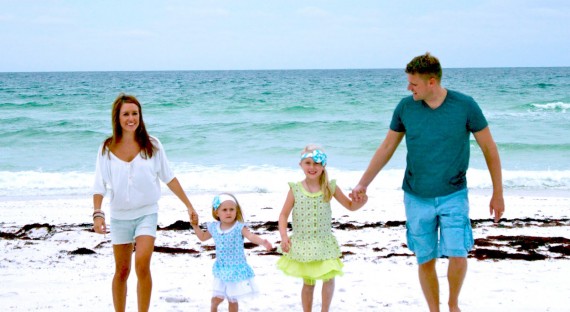 Ah, family vacations. Generally speaking, they’re either going to be the best thing ever, or the worst thing ever. There’s not too much of a spectrum between those extremes, because if everyone is satisfied, it’s a thing of amazement, but if one person decides to throw a fit in a group vacation setting, then it’s pretty much going to be miserable for everyone. And when it comes to family trips, the bottom line isn’t going to be about cost, or distance, or even length, but rather if each person is individually satisfied based on their own person needs.

With that said, where are some places that you can take the whole fam, then, where it’s possible to keep everyone happy? Five of these locations, simply based on the number and variation of things to do, will including Hershey’s Chocolate World in Vegas, Disney World in Florida, Disney Land in California, Cedar Point in Ohio, and Six Flags Magic Mountain. In terms of ranges of possible experiences, these are going to be some of your go-to destinations.

For the family that wants to do something just a touch out of mainstream mentality, the family that wants the sweet and salty experience of a sugary mound of mayhem, then Hershey’s Chocolate World in Las Vegas is your answer. Honestly, where else could your personalize your candy experience, mixing elements of your imagination with elements of your childhood, all wrapped up in a two story sensory explosion? And then, for the adults in the group, the rest of the Vegas strip is calling your name once the kids are asleep. The bright lights and gambling hops are great for the adrenaline junky and the spectator alike, so head out there with an open mind ”

And the forever classic perfect family vacation is always going to be the family trip to Disney World in Florida. How many families do you know, that the one vacation they always remember is the big trip down to the Sunshine State? The pictures with Mickey Mouse, the eyes opened to the concepts of movie magic, the behind-the-scenes looks at the characters and production elements of our favorite theater moments. It’s all there, waiting for you, and many different kinds of package deals will handle every age range and persuasion with ease. Extra luxury does cost extra money, but the budget isn’t necessarily a direct reflection on your ability to have an amazing time regardless. One tip you may want to use if you’re on a budget is to book your Disney World tickets early. The earlier you book, the cheaper it’ll be. Booking for the off-season can also be cheaper, and whilst you may not have such good weather, you’ll be able to avoid the crowds.

And on the other coast, Disneyland in California has an entirely different set of options opened up for people who’d like to head to the Left Coast instead. This area has more available for the adults interested in Hollywood style culture as well, so they’ll be targeting a bit of a different demographic just outside this park. It’s well worth it to make it to both during your lifetime, so don’t count out one Disney place just because you’ve already been to the other.

And for the more thrill-seeking families, there’s going to be the epic journey to Cedar Point in the MidWest that will throw more roller coasters at you than you’ve ever imagined, but at a much, much lower price point than the coastal theme parks. Because it is concentrated much more on the need-for-speed crew, just make sure that the entire family is going to be happy with this arrangement, as the variety of other available activities is a bit smaller. You can spend an entire day just going on your favorite rides, which is why some people even come back on a regular basis!

And finally, Six Flags Magic Mountain is in a big of a category all its own. It competes with Cedar Point for number of roller coasters, but it also has plenty of Hollywood-style stuff to do on the ground for adults that prefer not to have their skeletal structures bounced and rattled around all day. Trips to Magic Mountain often last a few days as well, so there’s more time to sit back and people watch as a family.